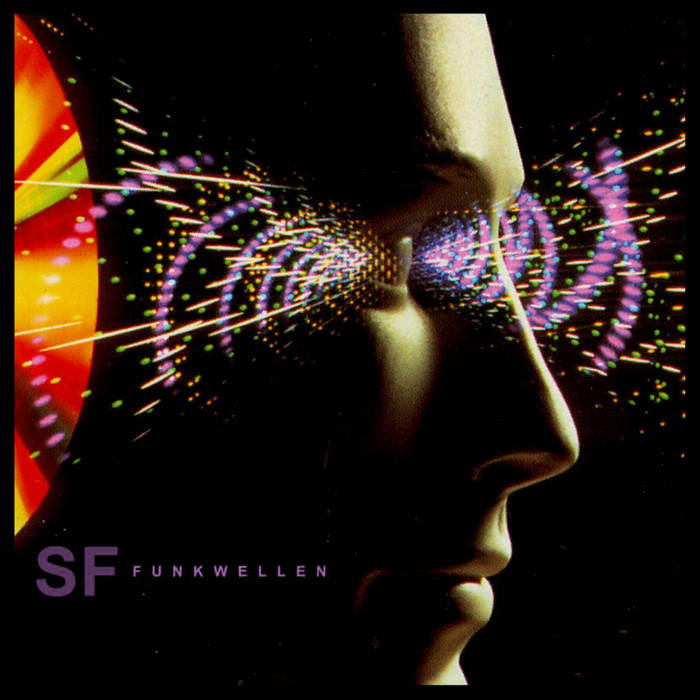 All tracks originally recorded during 1994 at Pharmakustik Studio, Wilhelmshaven. Digitally Transferred and remastered in 2019 by
Siegmar Fricke.

"Siegmar Fricke is a long-standing contributor to the experimental electronic / dance music world. The German producer (who also works as a visual artist) began releasing music in the mid 80s and has produced many albums across a variety of styles including industrial, techno and ambient.

Funkwellen (translated as “radio waves”) is described in the press release as “melodic based sequencer driven work with…futurist appeal”. The album itself has quite a history. Originally recorded in 1994 at Fricke’s Pharmakustik Studio, the work was not released until 2008 when it surfaced as a free download in a different form with a slightly different tracklist. It has now been reassembled and remastered by Fricke, and this “definitive edition” is available as a 24 bit high quality download.

The music itself is quite brilliant. The whole record has been approached with a rare attention to detail and subtlety. Its melodies, grooves and robotic loops owe much to house and techno, but it also contains an underlying and ever-present arty weirdness. This is not “hard” dance music, but it marches forward with enough intent and drive for it not to sit comfortably in the “ambient” category. The beats often seem to be right on the edge of climax, but instead they gracefully hold back. This has the effect of holding the listener on the edge of their seat, energised and alert. The synth sounds are expertly jigsawed together. Angular and disorientating sequenced arpeggios mesh with warm atmospheric pads. Repeated samples of single words or short disembodied phrases in German or English come in and out over the top. By its nature this music is repetitive, but Funkwellen artfully pulls off the trick of creating subtle and sometimes barely-perceptible variation bar-by-bar. New synth parts and samples rise up and fall away whilst filters, reverbs, delays and panning are constantly being controlled to generate dynamic motion.

Funkwellen is evocative. It paints an ever-shifting mood journey. There is hopeful excitement and there is cold bleakness. Sometimes these feelings coexist. The palette of sounds is familiar, but its application is idiosyncratic. It will energise you, it will stimulate deep thought, it will make you feel something, and it will hold your attention.

If you like to think as well as to dance, and if you enjoy having your expectations subverted, then Funkwellen by Siegmar Fricke is album you should hear."

DIY & Use Your Freedom Of Choice.

Bandcamp Daily  your guide to the world of Bandcamp